Page 36
THIRD PART OF KING HENRY VI . ... Whiles Warwick tells his title , smooths the
wrong , Inferreth arguments of mighty strength , And in conclusion wins the king
from her , With promise of ... Say , what art thou , that talk'st of kings and queens ?
Page 78
EDWARD , Prince of Wales ; afterwards King EDWARD V. , Sons to the KING .
RICHARD , Duke of York , George , Duke of Clarence , RICHARD , Duke of
Gloster ; afterwards King Brothers to the KING RICHARD III . , A young Son of
Clarence .
Page 195
How is the king employ'd ? Cham . I left him private , Full of sad thoughts and
troubles . Nor . What's the cause ? Cham . It seems , the marriage with his
brother's wife Has crept too near his conscience . Suf . No , his conscience Has
crept too ... 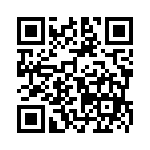