13 other sections not shown

Sir Thomas Malory, 1405 - 1471 Sir Thomas Malory's works (consisting of the legends of Sir Lancelot, Sir Gareth, Sir Tristram, and the Holy Grail, as well as the stories of King Arthur's coming to the throne, his wars with the Emperor Lucius, and his death) are the most influential expression of Arthurian material in English. The author's sources are principally French romances; his own contributions are substantial, however, and the result is a vigorous and resonant prose. "Le Morte d'Arthur," finished between March 1469 and March 1470, was first printed in 1485 by William Caxton, the earliest English printer. Malory is presumed to have been a knight from an old Warwickshire family, who inherited his father's estates about 1433 and spent 20 years of his later life in jail accused of various crimes. The discovery of a manuscript version of "Le Morte d'Arthur" in 1934 in the library of Winchester College, supported the identification of Malory the author with Malory the traitor, burglar, and rapist. It showed that many of the inconsistencies in the printed text were traceable to the printing house rather than to the author. The most reliable modern version, therefore, is one like Eugene Vinaver's that is based on the Winchester manuscript. 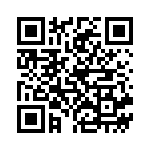