William R. Brashear, having received his J.D. from the University of Michigan and Ph.D. in English Literature from Princeton University, both in the 1950s, has for most of his life followed concurrently the two roads toward which these disciplines lead. He has been a member of the State Bar of Michigan for more than fifty years, all of which he has spent as Senior Partner or Of Counsel with the same Detroit area firm. During the same period he has published many essays on literature and philosophy, and a half dozen books, including The Gorgon's Head and The Desolation of Reality. 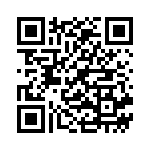