Page 22
... Lisuarte had sent with the news of his deliverance, and learnt also the state of
the city. So entering as privately as he could he went to Arban, who embraced
him right joyfully, and asked, what news As good as heart could wish quoth
Amadis ...
Page 31
From the Queen's window Olinda overlooked the lists, and seeing Agrayes about
to fight her heart failed her; and Mabilia and Oriana were greatly grieved for the
love they bore to him and Galvanes. The lists were cleared : the King withdrew ...
Page 32
He saw the peril of Agrayes, and heaving a deep sigh, as one whose heart did
not fail him though his strength was failing, he cried, Oh God, let me help my
good friend before my soul depart and then, feebly as he could, he laid hand to
sword ...
Page 34
Galvanes looked at his wound: take heart, cried he, it is not in a dangerous place
| Sir, replied Olivas, my heart and all my limbs are dying away; I have been sore
wounded ere now, but never was in such weakness. They disarmed him, and the
...
Page 36
Amadis, now recollecting that the time was come to perform his promise,
acquainted Oriana, and requested her leave, though to him it was like dividing
his heart from his bosom to leave her ; and she granted it, albeit with many tears,
and a ...
Next » 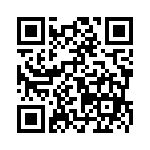