Page 170 - And thou, Solomon my son, know thou the God of thy father, and serve him with a perfect heart and with a willing mind : for the LORD searcheth all hearts, and tmderstandeth all the imaginations of the thoughts : if thou seek him, he will be found of thee ; but if thou forsake him, he will cast thee off for ever.
Appears in 783 books from 1672-2008
Page 358 - PRAISE ye the LORD. Praise ye the LORD -*- from the heavens : praise him in the heights. Praise ye him, all his angels : praise ye him, all his hosts. Praise ye him, sun and moon : praise him, all ye stars of light. Praise him, ye heavens of heavens, and ye waters that be above the heavens. Let them praise the name of the LORD : for he commanded, and they were created.
Appears in 804 books from 1796-2008
More
Page 377 - And he said unto them, What man shall there be among you, that shall have one sheep, and if it fall into a pit on the sabbath day, will he not lay hold on it, and lift it out?
Appears in 932 books from 1714-2008
Page 142 - The blessings of thy father Have prevailed above the blessings of my progenitors Unto the utmost bound of the everlasting hills : They shall be on the head of Joseph, And on the crown of the head of him that was separate from his brethren.
Appears in 669 books from 1802-2008
Page 359 - And every creature which is in heaven, and on the earth, and under the earth, and such as are in the sea, and all that are in them, heard I saying, Blessing, and honour, and glory, and power, be unto him that sitteth upon the throne, and unto the Lamb for ever and ever.
Appears in 757 books from 1799-2008
Less

I have been married to my wife for 42 years. I am now at the age of 61. The Lord has blessed my wife and me with two daughters and four grandchildren. I became interested in the bible at the age of 16. After having studied the bible and listening to numerous ministers, I concluded there were too many different beliefs among these ministers about certain subjects that are in the bible. At the age of 58, I decided on finding the truth if animals will be in heaven, and what animals would be there.

After three years of intense study and research, I found not only does the bible tell us animals will be in heaven, but the bible also tells us the animals are to be resurrected at the second coming of Christ.

I knew God could have but one answer about the animal kingdom being in heaven, and through his help and my faith in his word, I have discovered the truth. 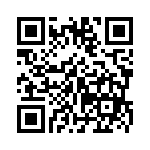