Robert Albert Bloch (April 5, 1917 -- September 23, 1994) was a prolific American writer, primarily of crime, horror, fantasy and science fiction. He is best known as the writer of Psycho, the basis for the film of the same name by Alfred Hitchcock. Bloch wrote hundreds of short stories and 30 plus novels. His mentor was H. P. Lovecraft, one of the first to encourage Bloch's horror fiction writing. Bloch won the Hugo award for his story, That Hell-Bound Train, in 1959. In 1960 he won the Edgar Allen Poe Award for Psycho and in 1994 he won the Bram Stoker Award for Superior Achievement in Long Fiction for The Scent of Vinegar. Bloch was born in Chicago, Illinois. In 1994 he died of cancer in Los Angeles, at the age of 77. 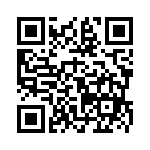