This is a fine book if it is your first book on the concept of 'crowdsourcing'. It details a few case studies where crowdsourced companies and projects took the established and strong companies by ... Read full review

This book a very good primer to all things "social" online. It helped flesh out some of the history and scope of many of the group efforts out there. But it seemed a tad too long in the depth ... Read full review

Jeff Howe is a contributing editor at Wired magazine, where he covers the entertainment industry among other subjects. Before coming to Wired he was a senior editor at Inside.com and a writer at the Village Voice. In his fifteen years as a journalist he has travelled around the world working on stories ranging from the impending water crisis in Central Asia to the implications of gene patenting. He has written for US News & World Report, The Washington Post, Mother Jones and numerous other publications. He lives in Brooklyn with his wife and daughter. 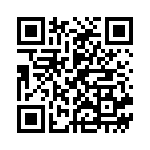