Page 156
The mere mention of Hamlet , Othello , Lear , Macbeth and Antony speaks
volumes for Burbadge's versatility — which seems to have stopped short only of
pure comedy , of which quality , says Baldwin , " he had almost none , his comic
effects ...
Page 156
Baldwin assigns to him Berowne, Romeo, Demetrius (A Midsummer Might's
Dream), Bassanio, Prince Hal, Claudio (Much Ado About JNothing), Henry V,
Brutus, Orlando, Orsino, Hamlet, Ford, Bertram, Angelo, Othello, Lear, Macbeth,
Antony ...
Page 157
Mark Antony was perhaps his first big chance , and it is noteworthy that the
obvious difference between this Antony and the later hero of Antony and
Cleopatra corresponds with a difference in calibre between Cundall and
Burbadge . 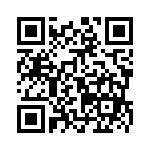