Page 203
On a careful revision of the foregoing scenes , I do not hesitate to pronounce
them the composition of two very unequal writers . Shakspeare had undoubtedly
a share in them ; but that the entire play was no work of his , is an opinion which (
as ...
Page 232
I SCENE VI . The same . Before the Castle . Hautboys . Servants of Macbeth
attending . . Enter Duncan , Malcolm , DONALBAIN , BANQUO , LENOX ,
MACDUFF , ROSSE , ANGUS , and Attendants . Dun . This castle hath a pleasant
seat1 : the ...
Page 295
SCENE III . England . A Room in the King ' s Palace . Enter MALCOLM and
MACDUFF1 . Mal . Let us seek out some desolate shade , and there Weep our
sad bosoms empty . Macd . Let us rather Hold fast the mortal sword ; and , like
good ...
Page 328
The scene between John and Hubert is perhaps one of the most masterly and
striking which our poet ever penned . The secret workings of the dark and
turbulent soul of the usurper , ever shrinking from the full developement of his
own bloody ...
Page 425
SCENE III . The same . A Field of Battle . Alarums . Enter King John and HUBERT
. K . John . How goes the day with us ? 0 , tell me , Hubert . Hub . Badly , I fear :
How fares your majesty ? K . John . This fever , that hath troubled me so long ...

After readig this book I asked myself the following:
Need to lose weight?
How to lose weight fast ?
How to lose weight in a week ? And now ... read my successful story here
==>> http://herbsin.com/CathysWeightLossDiet.html
Some excerpts from my diary:
- letter of medical necessity weight loss surgery
- lifting abdominal weight exercise
- carmen electra exercise tape
- most effective weight loss supplement
- yoga poses good for lymph system
Good Luck!

Page 234 - tis done, then 'twere well It were done quickly : if the assassination Could trammel up the consequence, and catch, With his surcease, success ; that but this blow Might be the be-all and the end-all here, But here, upon this bank and shoal of time, — We'd jump the life to come.
Appears in 858 books from 1803-2008
Page 243 - Nature seems dead, and wicked dreams abuse The curtain'd sleep ; witchcraft celebrates Pale Hecate's offerings ; and wither'd murder, Alarum'd by his sentinel, the wolf, Whose howl's his watch, thus with his stealthy pace, With Tarquin's ravishing strides, towards his design Moves like a ghost. Thou sure and firm-set earth, Hear not my steps, which way they walk, for fear Thy very stones prate of my whereabout, And take the present horror from the time, Which now suits with it.
Appears in 383 books from 1788-2008
More
Page 242 - Is this a dagger which I see before me, The handle toward my hand? Come, let me clutch thee. I have thee not, and yet I see thee still. Art thou not, fatal vision, sensible To feeling as to sight? or art thou but A dagger of the mind, a false creation, Proceeding from the heat-oppressed brain? I see thee yet, in form as palpable As this which now I draw. Thou marshal'st me the way that I was going; And such an instrument I was to use. Mine eyes are made the fools o' the other senses, Or else worth...
Appears in 412 books from 1803-2008
Page 227 - For in my way it lies. Stars, hide your fires ! Let not light see my black and deep desires : The eye wink at the hand ! yet let that be, Which the eye fears, when it is done, to see.
Appears in 532 books from 1767-2008
Page 237 - Like the poor cat i' the adage? MACB. Prithee, peace. I dare do all that may become a man; Who dares do more is none. LADY M. What beast was't, then, That made you break this enterprise to me? When you durst do it, then you were a man; And, to be more than what you were, you would Be so much more the man. Nor time nor place Did then adhere, and yet you would make both. They have made themselves, and that their fitness now Does unmake you.
Appears in 520 books from 1784-2008
Page 236 - Wherein you dress'd yourself? Hath it slept since? And wakes it now, to look so green and pale At what it did so freely ? From this time Such I account thy love. Art thou afeard To be the same in thine own act and valour As thou art in desire ? Wouldst thou have that Which thou esteem'st the ornament of life, And live a coward in thine own esteem, Letting 'I dare not' wait upon 'I would,' Like the poor cat i
Appears in 458 books from 1784-2008
Page 273 - The times have been That, when the brains were out, the man would die, And there an end ; but now they rise again, With twenty mortal murders on their crowns, And push us from our stools.
Appears in 568 books from 1762-2008
Page 436 - This England never did, (nor never shall,) Lie at the proud foot of a conqueror, But when it first did help to wound itself. Now these her princes are come home again, Come the three corners of the world in arms, And we shall shock them : Nought shall make us rue, If England to itself do rest but true.
Appears in 597 books from 1767-2008
Page 253 - Had I but died an hour before this chance, I had liv'da blessed time; for, from this instant, There's nothing serious in mortality: All is but toys : renown, and grace, is dead; The wine of life is drawn, and the mere lees Is left this vault to brag of.
Appears in 401 books from 1733-2008
Less 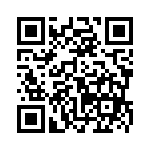