Page 269 - Goodrich (Frank B.) The Tribute Book. A Record of the Munificence, SelfSacrifice, and Patriotism of the American People during the War for the Union.
Appears in 57 books from 1862-2006

Beverly Gordon is a professor in the Environment, Textiles, and Design Department and serves the folklore and women's studies programs at the University of Wisconsin-Madison. She is the author of several books, including Shaker Textile Arts and American Indian Art: The Collecting Experience. 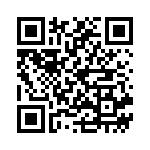