Page 25
Tuesday , the worst day of all , added St. Paul's , the Guildhall and Christ Church ,
Newgate , before the flames swept over the hovels in the Fleet valley to attack
Fleet Street and threaten the Temple . On that day , however , the counter ...
Page 75
By these last and by family settlements of all kinds further complexity was added
to an already complicated system of tenures . The leases and releases which
were so freely used to protect wives and dependants from rogues , or fraud , or
their ...
Page 105
To these the City added St. Martin Le Grand , from Aldersgate to Blowbladder
Street , and Ave Mary Lane , the latter being widened only to eighteen feet , but
gaining greater ease by the raising of Fleet Bridge six feet and an abatement of ...

16 other sections not shown 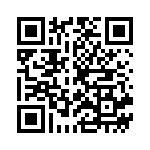