Elizabeth Fox-Genovese is Elonore Raoul Professor of the Humanities at Emory University, where she was founding director of Women's Studies. She is Editor of The Journal of The Historical Society and serves on the Governing Council of the National Endowment for the Humanities (2002008). In 2003 President George Bush honored her with a National Humanities Medal, and the Fellowship of Catholic Scholars honored her with its Cardinal Wright Award. Among her books and published lectures are: The Origins of Physiocracy: Economic Revolution and Social Order in Eighteenth-Century France; Within the Plantation Household: Black and White Women of the Old South; and Feminism without Illusions: A Critique of Individualism. 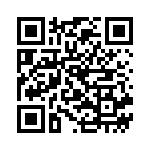