Maristella Botticini is professor of economics, as well as director and fellow of the Innocenzo Gasparini Institute for Economic Research (IGIER), at Bocconi University in Milan. Zvi Eckstein is dean of the Arison School of Business and of the School of Economics at IDC Herzliya in Herzliya, Israel; Judith C. and William G. Bollinger visiting professor in the Finance Department at the Wharton School of the University of Pennsylvania; and emeritus professor in the Eitan Berglas School of Economics at Tel Aviv University. 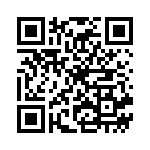