Page 19
And behind each house , which was thus in itself a small castle , were gardens and meadows ; for rus in urbe was the English rule.l Leaving Canterbury on the Faversham road , the traveller entered a land of apples , hops and cherries .
Page 20
An hour later he was mounted again and , galloping up the Great North Road , miraculously reached York the same afternoon , where , after changing his clothes , he repaired to the bowlinggreen and , singling out the Lord Mayor , made a ...
Page 68
Since the roads were so bad , much of the heavier merchandise went by river . The wharves of Reading , Maidenhead and Henley shipped Berkshire and Oxfordshire malt and meal on to barges which fed London , taking in return oils ... 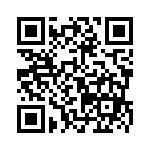