Joseph T. Lienhard, SJ, is professor of theology serving on the faculty of the medieval studies program at Fordham University. 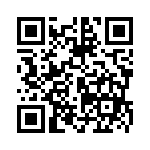