PUBLIC ENEMIES: America's Greatest Crime Wave and the Birth of the FBI, 1933-34

The Service Was Fast and The Item was as Describedat A Good Price and New . Read full review

Bryan Burrough was born in 1961 in Temple, Texas. Burrough is a New York Times best-selling author, special correspondent at Vanity Fair, and former Wall Street Journal reporter. Burrough graduated from the University of Missouri's School of Journalism in 1983. While in college, he was a reporter for the Columbia Missourian and interned at the Waco Tribune-Herald and the Wall Street Journal's Dallas Bureau. Burrough's bestselling book, Public Enemies: America's Greatest Crime Wave and the Birth of the F.B.I., 1933-34, is scheduled to be released as a movie in 2009. Burrough is a three-time winner of the prestigious Gerald Loeb Award for Excellence in Financial Journalism. He lives in Summit, New Jersey with his wife and their two sons. 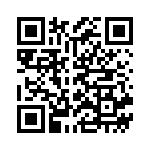