Page 8
THE PARLIAMENTS PROCEEDINGS JUSTIFIED , in Declining a Personall
Treaty with the King , notwithstanding the Advice of the Scottish Commissioners
to that purpose . First EDITION . Small 4to . Half calf . London , John Sweeting ,
1648 .
Page 59
None of the extracts are subscribed , but a large number may be recognised from
Shakespeare's Twelfth Night , Romeo and Juliet , King Henry V , King Henry VI ,
Merchant of Venice , King Henry IV , King John , Hamlet , Othello , Tempest ...
Page 114
( 1652 ] THE COPIE OF A LETTER sent out of England to an Ambassadour in
France for the King of Spaine , declaring the State of England contrary to the
opinion of Don Bernardin , and of all his partizans Spaniards , and others .
Wherunto are ... 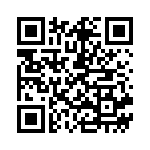