This is an excellent presentation, current as of its publication in 2006, of the history of Troy and the identity of the various peoples and kingdoms present in Greece and Anatolia in the period up to ... Read full review

I read the book about Troy and the author Homer. I was hoping to find the newest and the most updated information but i found little and much is not known by the author, It is funny that he ask, " was their really a Trojan War"? Really funny. First, The Trojan War abruptly ended with the Minoan eruption of Thera around 1628 BC. Secondly, Homer kept track of the months, not years, in his Illiad and in his Odyssey that I read during high school.
Paris was a sixty-four year old General of many looting wars and Helen was a lady of the Court that was soon to turn fourteen and then marry. Since the time of Sargon the Great such Commands were strictly adhered to.
I could go into Ulysses traveling past the gates to Branittica and mining tin and returning after observing an eclipses of the sun while on his little island (not in Grece) and I notified Oxford University of their error with dating Ulysses.
Ulysses had been well educated and he became King of the copper island and there produced bronze. Thanks for the book.

Trevor Bryce is an Honorary Research Consultant at the University of Queensland and Fellow of the Australian Academy of the Humanities. 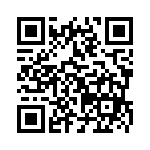