Page 137
He has made his fortunes himself , and says that England may be richer than other kingdoms by as plain methods as he himself is richer than other men ; though at the same time I can say this of him , that there is not a point in the ...
Page 249
But he had had an unlucky experience in his own case ; 1 The Colonel had sent his little boy , Clive , home to England , while he had to remain in India . 66 and thought within himself , “ No , I WILLIAM MAKEPEACE THACKERAY 249 WILLIAM ...
Page 250
Then I will go to England , and we will pass three or four years together , in which he will learn to be intimate with me , and , I hope , to like me . I shall be his pupil for Latin and Greek , and try and make up for lost time .

34 other sections not shown 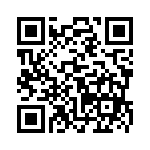