Campbell and Mac
The Catholic Pope
Bill Sunday Let’s show a few Catholic Church Prophecies.
Jan 5, 2014 These prophecies are, for now, for all the earth to see!The Catholic Church, Mother of Whores. Rev 17:5 And upon her forehead was a name written, MYSTERY, BABYLON THE GREAT, THE MOTHER OF HARLOTS AND ABOMINATIONS OF THE EARTH.
Rev 13:1 And I stood upon the sand of the sea, and saw a beast rise up out of the sea,( having seven heads and ten horns,) and upon his heads the name of blasphemy. Rev 13:6 And he opened his mouth in blasphemy against God, to blaspheme his name, and his tabernacle, and them that dwell in heaven. The Catholic Church Popes-seven heads and ten horns
Rev 13:: and power was given him over all kindreds, and tongues, and nations The Catholic Church thrives in most nations of the earth.
Rev 17:3 and I saw a woman sit upon a scarlet coloured beast, full of names of blasphemy, (having seven heads and ten horns. ) The Catholic Church
Guys, last night, I was enlightening Mary relative to the Catholic Church history. “What’s a Harlot,” Mary asked? A good question. It’s a whore.
The word harlot means prostitute or whore. Therefore, God warned the earth The Catholic Church would be the Mother of all her Whore Children. They, over the centuries, have all participated in her abominations. Who are her whore children? Bill Sunday, your church is one. My earth family are all closet Catholics. Protestants are all Closet Catholics. Baptist and other religions preach against her but continue to follow her Godless leadership.
Rev 13:4 And they worshipped the beast saying, Who is like unto the beast? who is able to make war with him?
Rev 14:1 And I looked, and, lo, a Lamb having his Father's name written in their foreheads. Rev 22:4 And they shall see his face; and his name shall be in their foreheads. Many are aware, I have a Cross, written in my Forehead. It’s my Father’s name and his signature for all to see.
Rev 14:6 And I saw another angel fly in the midst of heaven, having the everlasting gospel to preach unto them that dwell on the earth, and to every nation, and kindred, and tongue, and people,
Rev 14:7 Saying with a loud voice, Fear God, and give glory to him; for the hour of his judgment is come: and worship him that made heaven, and earth, and the sea, and the fountains of waters.
Rev 14:9 And the third angel followed them, saying with a loud voice, If any man worship the beast Bill Sunday, God warns, “don’t worship the beast.”
Rev 14:10 The same shall drink of the wine of the wrath of God, which is poured out without mixture into the cup of his indignation; and he shall be tormented with fire and brimstone in the presence of the holy angels, and in the presence of the Lamb: My eyes shall observe this nastiness.
Rev 14:11 And the smoke of their torment ascendeth up for ever and ever: and they have no rest day nor night, who worship the beast
All the protestant churches upon the earth follow the lead of the Catholic Church. Therefore, they are all her Bastard Children. There are over a billion numbered Catholic or Christian protestant church members on the earth. The protestant churches are in reality all members of the Catholic Church. Yes, my good buddy Bill Sunday is seen in the eyes of God as a catholic. Yeah, my good buddy Bill even stated the new pope was a good religious guy. The new pope, as were all his predecessors, are all, simply, “THE BEAST.” Her members ignore her sins of the past. Hell is really hot.
Eze 22:2 Now, thou son of man, wilt thou judge, wilt thou judge the bloody city? yea, thou shalt show her all her abominations.
Eze 22:3 Then say thou, Thus saith the Lord GOD, The city sheddeth blood in the midst of it, that her time may come, and maketh idols against herself to defile herself.
Eze 22:4 Thou art become guilty in thy blood that thou hast shed; and hast defiled thyself in thine idols which thou hast made;
Eze 24:9 Therefore thus saith the Lord GOD; Woe to the bloody city! I will even make

Doesn't even deserve a star!!! 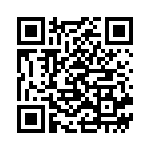