Must read for all Christians. 5 Star Classic book - this is an excellent read for anyone that is ready for the next spiritual adventure, this book has helped me to come to come out of my ignorance about Jesus vs Paul. This book will help to bring you closer to the truth.. however I feel there should be a follow up book to this called Who is really Jesus ?

Even though the author uses some scripture out-of-context, the fact remains that Paul's LETTERS were just that...letters to Churches, newly formed; in areas that still worshiped idols, fornicated, had homosexual tendencies and did not know God. We MUST remember the time-frame of Paul's letters too. Only a few years after Jesus's Death on the Cross. Almost all the other writings came about AFTER Paul's writings. Matthew, Mark, Luke and John went about firing over Paul's bow; without singling him out by name. If you really STUDY these words (especially John's writings) and Jesus's words; Paul is out in left field.
Should all of what Paul said be thrown out? NO! Many of his observations are just as valid today, for we still fornicate, steal, lie, and as a society are as wicked as the Romans,,Greeks and the pompous Pharisees.
Satan is VERY tricky, he blends his lies with enough truth to sound good. Paul's so called "Doctrine" adopted by "The (Catholic) Church" is every bit as dangerous if you think that it is "unerring" "divine" is "God's word" or any other catch-phrase. ALWAYS go back to the original laws, that Jesus himself said: not one jot, nor one tittle is changed until he comes or the end of creation itself happens (nuclear war)...if you can not draw a oneness with Jesus's or God's words then the "doctrine" is false. Religion is "Crowd Control", READ, Read, and read some more...as for guidance as it says in James 1:6 and patiently wait for your answer. Del Tondo beats a dead horse with this book a bit too, but for a follower of Christ to the Chreaster it will get you to study GOD's word more thoroughly. 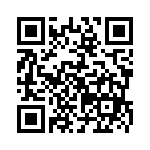