Clifford L. Staten, PhD, is professor of political science and international studies and dean of the School of Social Sciences at Indiana University Southeast in New Albany, IN. 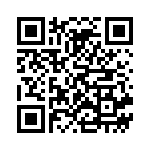