I REFUSE TO DIE: My Journey for Freedom

Human rights activist Wa Wamwere relates in harrowing detail the repeated incarcerations, tortures, and terrors inflicted upon him and his family by Kenya's oppressive regimes.This strange and ... Read full review

KOIGI WA WAMWERE is a political activist and writer. Born in Kenya in 1949, he has been fighting for social change in his home country for decades. He was imprisoned in Kenya five times between 1975 and 1996, spending a total of thirteen years in prison, including periods during which he was tortured. His execution was averted only by the combined efforts of the Norwegian government and human rights activists around the world. Today, wa Wamwere continues to put his life on the line for human rights, inspiring those around him with his clear vision and personal strength. Wa Wamwere lives in New York City and Kenya. 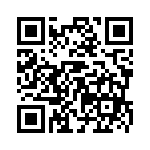