Page 5 - As he grew accustomed to the great gallery of machines, he began to feel the forty-foot dynamos as a moral force, much as the early Christians felt the Cross.
Appears in 263 books from 1918-2008
Page 39 - Were half the power that fills the world with terror, Were half the wealth bestowed on camps and courts, Given to redeem the human mind from error, There were no need of arsenals or forts: The warrior's name would be a name abhorred!
Appears in 749 books from 1814-2008
More
Page 18 - The bearing of the two seasons on the education of Henry Adams was no fancy; it was the most decisive force he ever knew; it ran through life, and made the division between its perplexing, warring, irreconcilable problems, irreducible opposites, with growing emphasis to the last year of study. From earliest childhood the boy was accustomed to feel that, for him, life was double.
Appears in 52 books from 1918-2008
Page 20 - From cradle to grave this problem of running order through chaos, direction through space, discipline through freedom, unity through multiplicity, has always been, and must always be, the task of education, as it is the moral of religion, philosophy, science, art, politics, and economy...
Appears in 88 books from 1918-2008
Less

Henry Adams was born in Boston, Massachusetts on February 16, 1838, the son of American diplomat Charles Francis Adams and grandson of President John Quincy Adams. Educated at Harvard University, he worked in Washington, D.C., as his father's secretary before embarking on a career in journalism and later in teaching. A prominent American historian, he wrote several important historical works. His works include The Education of Henry Adams, Mont-Saint-Michel and Chartres, Esther: A Novel, and Democracy: An American Novel. He died on March 27, 1918 at the age of 80. 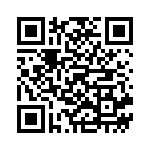