R. A. Markus is Professor Emeritus in the University of Nottingham and a Fellow of the British Academy. He has been Distinguished Visiting Professor at the Catholic University of America, Washington (1989-90) and at the University of Notre Dame (1994-95). Among his many publications areSaeculum, History and Society in the Theology of St. Augustine (Cambridge, 1970;1990); Christianity in the Roman World (London, 1974); and The End of Anicent Christianity (Cambridge, 1990). 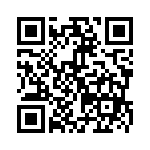