Page 113
The Chamberlain's Men , we may be sure , could speak “ trippingly on the tongue
" . ... conscience of the King , or as he tells Horatio about his adventure with the
Pirates , speaks through the lips of Burbadge at a feverish and breakneck speed .
Page 124
... the rapturous hesitation of Claudio , the eloquent silence of Hero ( who never
speaks ) , the impetuous wit of Beatrice , with its undertone of affectionate envy of
the lovers , its impulsive apology to the Prince , its sweet change of mood as she
...
Page 261
After Cordelia's disgrace , he speaks of her as a wretch whom Nature is asham'd
Almost tacknowledge hers . ( I. i . 215 f . ) France , astonished , asks how Cordelia
could Commit a thing so monstrous , to dismantle So many folds of favour ... 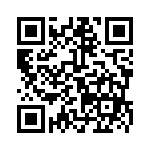