Page 545
As , however , he is seldom persona ad , and writes , at least , with the fincere
intention of benefite ing his countrymen ( the French ) , a decent allowance may
be made for his errors . He commences by observing , that , in the long list of ...
Page 546
On the French Republic We shall not enter particularly into all these subjects , but
touch occasionally on fome of the most prominent parts . He considers the form of
government by a king , as the best fitted for a great nation , and that the ...
Page 570
Two French generals were killed at the head of their columns , performing
prodigies of valour . In a few days after the directory had received this in .
telligence , they received dispatches from the commander in chief himself , not
only confirming ... 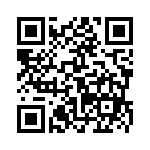