Page xx
Far from inventing , he did not even look for new or little known subjects . The more familiar ones were , on the contrary , those he liked best ; his public in most cases recognised old friends among the characters in his plays : and ...
Page xxx
Some of the verses are by the then well - known dramatist Antoine Mareschal , who was shortly to draw a play , “ La Cour Bergère , ” from Sidney's Arcadia . He is loud in praise of Du Bail : A voir ce Berger et sa feinte , Je pense ouyr ...
Page
... unresistingly aware , in the depths of his genius , that nothing like it had ever been known , or probably would ever be again known , on earth , and as so given up , more than on other occasions , to the joy of sovereign science . 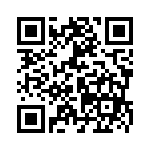