IDIOTS! This is not a 1740 edition of Shakespeare--it's published AT LEAST in 1964, if not later. There is little doubt that this is a 20th century edition. First clue, the cover. Second clue, the font. Third clue, the cover.
Once you know its 1900s, look carefully at the cover and figure out why I said it's at least 1964. 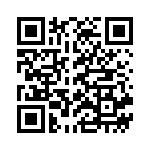