Page
Single words , which are no longer in common use , appear only in the glossary , which is printed in Volume XX . The numbering of the lines follows that of the Cambridge Edition , the text of which is used in this edition .
Page 32
... Three sunns appear in the aire . The chroniclers Hall and Holinshed mention this optical illusion , which Edward , the Duke of York's heir , experienced on the eve of the battle of Mortimer's Cross , February 2 , 1461 , when he ...
Page 67
... and not to rule , This sickly land might solace as before . FIRST CIT . Come , come , we fear the worst ; all shall be well . THIRD Cit . When clouds appear , wise men put on their cloaks ; When great leaves fall , the winter is at ... 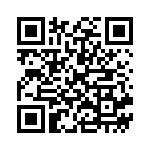