David R. Hawkins, MD., Phd., a widely known authority within the fields of consciousness reearch and spirituality, has written and taught from the unique perspective of an experienced clinician, scientist, and mystic. He has been knighted and honored world wide with titles such as "Foremost Teacher of Enlightenment" and Bodhisativa." His background is detailed in Who's Who in the World. Dr. Hawkins has lectured widely at universities and institutions, and to spiritual groups, from Westminster Abbey to Catholic, Protestant, and Buddhist monasteries. His life was devoted to the spiritual evolution of mankind. 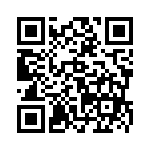