Scott B. Noegel is Associate Professor of Biblical and Ancient Near Eastern Studies at the University of Washington. He has published more than forty articles on a variety of biblical and ancient Near Eastern topics, and he has collaborated on several books, including Janus Parallelism in the Book of Job and a forthcoming work entitled Nocturnal Ciphers: The Punning Language of Dreams in the Ancient Near East. He is the associate editor of the Journal of Hebrew Scriptures and the creator of Okeanos, an online resource devoted to the interdisciplinary study of the ancient Near East and Greece. His two films, Descent of Ishtar and the Epic of Gilgamesh: Tablet XI, have earned him international accolades.

Brannon M. Wheeler is Associate Professor of Islamic Studies and chair of Comparative Religion at the University of Washington. Professor Wheeler has taught at several academic institutions including Vanderbilt University and Pennsylvania State University prior to his position at the University of Washington. A past visiting scholar at the Hebrew University in Jerusalem, the School of Islamic Law and Islamic Studies at Kuwait University, the American Research Center in Egypt, and the American Institute of Maghreb Studies in Tunisia, Professor Wheeler has published numerous books and articles on various religious subjects. 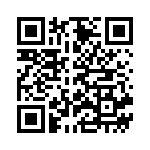