A remarkable book about a remarkable man. Gleick does as good a job as anyone can at 1) explaining another person and 2) explaining the physics that has gone beyond what the eye can see, the hand can feel, and the average person can comprehend. Read full review

In Genius, James Gleick has the same problem with Richard Feynman that Robert Kanigel had with Ramanujan in The Man Who Knew Infinity. If you are writing about a genius in literature, you can include ... Read full review

Born in New York City in 1954, James Gleick is one of the nation’s preeminent science writers. Upon graduating from Harvard in 1976, he founded Metropolis, a weekly Minneapolis newspaper, and spent the next decade working at the New York Times. Gleick’s prominent works include Genius: The Life and Science of Richard Feynman, Isaac Newton, and Chaos: Making a New Science, all of which were shortlisted for the Pulitzer Prize. His latest book, The Information: A History, a Theory, a Flood,was published in March 2011. He lives and works in New York. 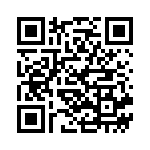